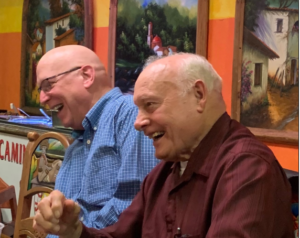 Laughter is so very beneficial to all of us. Here is a list of why we all need to laugh often:

People who lower their blood pressure, even those who start at normal levels, will reduce their risk of stroke and heart attack. So, turn on a funny movie or TV program and enjoy your laughter medicine.

By reducing the level of stress hormones, you’re simultaneously cutting the anxiety and stress that impacts your body. Additionally, the reduction of stress hormones may result in higher immune system performance. Just think: laughing along as a friend or family member tells a funny joke, can relieve some of the day’s stress and help you reap the health benefits of laughter.

One of the benefits of laughter is that it can help you tone your abs. When you’re laughing, the muscles in your stomach expand and contract, similar to when you intentionally exercise your abs. Meanwhile, the muscles you aren’t using to laugh are getting an opportunity to relax. Add laughter to your ab routine and make getting a toned tummy more enjoyable.

Laughter is a great cardio workout, especially for those who are incapable of doing other physical activity due to injury or illness. It gets your heart pumping and burns a similar number of calories per hour as walking at a slow to moderate pace. So, laugh your heart into health.

T-cells are specialized immune system cells just waiting in your body for activation. When you laugh, you activate T-cells that immediately begin to help you fight off sickness. Next time you feel a cold coming on, add laughter to your illness prevention plan.

Endorphins are the body’s natural painkillers. By laughing, you release endorphins, which can help ease chronic pain and make you feel good all over.

Laughter can increase your overall sense of well-being. Doctors have found that people who have a positive outlook on life tend to fight diseases better than people who tend to be more negative. So, smile, laugh, and live longer!

Laughter is a very good physical exercise too. Burning off calories while laughing might not sound as if it has much use, but a hearty laugh raises the heart rate and speeds up the metabolism. If you’re dieting, think about adding laughter to your exercise regime. A good sitcom might easily keep you laughing for 20 minutes or more.

Hale and I watch a sitcom that keeps us laughing throughout the entire show.

A good chuckle or laugh has been found to reduce pain. Not only does it distract you from aches, but it releases the feel-good endorphins I spoke of above, into your system that are more powerful than the same amount of morphine.

A British study shows how just 15 minutes of laughter can increase pain tolerance by around 10 percent as a result of endorphins being released in the brain. These endorphins cause something akin to a natural “high”, leading to pleasant feelings of calm, as well as temporary pain-relief.

According to recent research published in the Archives of General Psychiatry, elderly optimistic people, who expected good things to happen (rather than bad things), were less likely to die, than pessimists. In fact, among the 65-85-year-old study participants, those who were most optimistic were 55 percent less likely to die from all causes, than the most pessimistic people.

Dr. Norman Cousins, author of Norman Cousins Anatomy of An Illness, was diagnosed in 1964 with ankylosing spondylitis (a degenerative disease causing the breakdown of collagen).

This disease left him in constant pain and motivated his doctors to tell him he would be dead within a few months.

Cousins wouldn’t accept that. As he reasoned with himself, saying that he knew positive emotions could help him. He knew what he needed to do.

Making the decision to check himself out of the hospital with his doctors’ consent, saved his life.

The stay in a hotel room across the street, with no negativity, only laughter, ended up healing him.

He took high doses of Vitamin C while watching a continuous stream of funny movies. He later claimed that 10 minutes of belly laughter would give him two hours pain free sleep.

Within 6 months he was back on his feet and able to use his limbs once again. Within 2 years Dr. Cousins was back to work. His doctors were baffled by his healing.

As a result of his book being released in 1979, a movie version was made, called An Anatomy of An Illness. Google it and watch it.

In the early 1980’s as I worked as a nurse at a hospital on an oncology floor in Sylvania, Ohio, there was a woman who told the patients about Dr. Cousins. She gave the interested patients and families, copies of his book.

Then in the mid to late 1980’s I took a laughter cart to patients at Ball Hospital in Muncie, Indiana.  Because of Dr. Cousins findings, I presented the information to the hospital. They agreed to let me take a cart that had only funny movies and reading materials. Patients could check out both to use during their stay.

There was no data telling if this helped. I know that all of this was beneficial. I could see it happening.

The photo above is of my dad and brother-in-law, who share the same birthday. I’m not sure what they were laughing about, only I’m glad I happened to snap this photo! 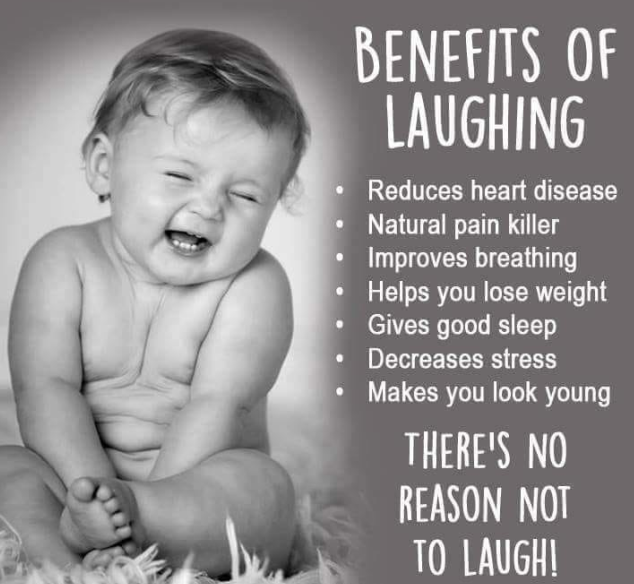