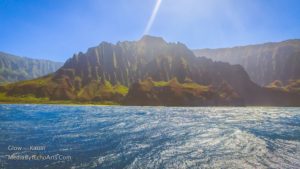 Love, energy and the power of prayer have been on lots of people’s hearts lately.

With the devastation of Hurricane Harvey, the fires raging in the west and now with Hurricane Irma making it’s way as you’re reading this, to Florida. The destruction Irma has already caused in the Caribbean has been horrendous.

Many of us are visualizing Irma losing it’s power and going off into the sea without harming anyone or anything on the land.

You see we are all energy. Everything is energy. So why wouldn’t sending prayers and positive visualizations to the eye of a hurricane create a change?

I know we need more of us to consciously be using the power of prayer and visualization each and every day for this planet, for ourselves and loved ones, for essentially everything.  From the United States division in our political realm, to hurricanes.

All prayer – no matter what the religion – has a certain power, but some techniques are more powerful than others says Dr. George King. He also says this about prayer:

Throughout the centuries healing, which some people have described as miracles, have been brought about through the correct use of prayer.

Now, what is prayer? Prayer is a way to transmit energy from point A – the prayer [i.e. the person praying], to point B – the person who needs that prayer. The prayer energy is carried safely to its destination by the power of Love.

The spiritual energy which is sent from the prayer [i.e. the person praying] to the recipient was referred to by the ancient yogis as, “prana” or “the universal life force”. But the carrier of that energy is Love…

Prayer is a way of channeling and transmitting energy. It can bring joy, inspiration, healing, peace, exhilaration – and even bliss.

If prayer were understood and practiced every day by more people, not only would those people’s lives change, but the whole world would change. Why? Because prayer works.

And once the nature of prayer becomes clear and we begin to understand how it works, the confusion and doubt that all too often haunt the would-be prayerful believer are gone.

“Everything in creation is manifested through energy. In Indian philosophy this energy is known as prana. In China, it is referred to as qi (or ch’i), in Japan as ki. It is akin to the Greek concept of pneuma and the Melanesian mana. The name is not important, though.

What is important is what it is and what it does. It can be aptly described as the “universal life force”. That is exactly what it is – the force of life, which exists throughout the universe. It is life itself.

And even more remarkable than this, we can all invoke and use this energy simply by the power of thought.

When we want something the desire makes us magnets for energy. We use our minds, consciously or unconsciously, to direct this to bring about a certain result. This is the power of creative visualization, or intention, but it is not real prayer.

Real prayer is not a device for trying to get whatever we want. It is an expression of love. To pray properly we must unchain the shackles of selfishness from our hearts and condition the energy we invoke with the power of love.  Think of love as the vehicle in which the energy travels to its destination.”

The efficacy of prayer is a scientific formula for sending energy.  Conditioned by love, from the person praying to the focal point of the prayer.  How well a prayer works basically depends on:

Dr. King went on to say:

“Comments such as, “I prayed for world peace for five minutes last night and yet war is still going on, therefore God does not exist” are absurdly superficial. To bring about world peace would require a colossal amount of spiritual energy. In fact, miraculous though it sounds, with the right quantity and quality of spiritual energy the world could be utterly transformed.”

Given all of this, will you be a conscious force in this world by using love, energy and the power of prayer? I choose to be.

With love and prayers for all of us,

Join me and a small group of people October 5-12, 2018 for our Kauai Spiritual Vacation Retreat.

Here you will learn 10 of my favorite Universal Laws to help you to transform your life to become the person you were meant to be. All while having fun and being pampered with massage, our own chef and guides, while exploring this gorgeous magical island of Kauai.

Contact me today to talk about this retreat to see if it would be a fit for you. All videos from past retreats and information are on my retreat page: https://conniehertz.com/retreat 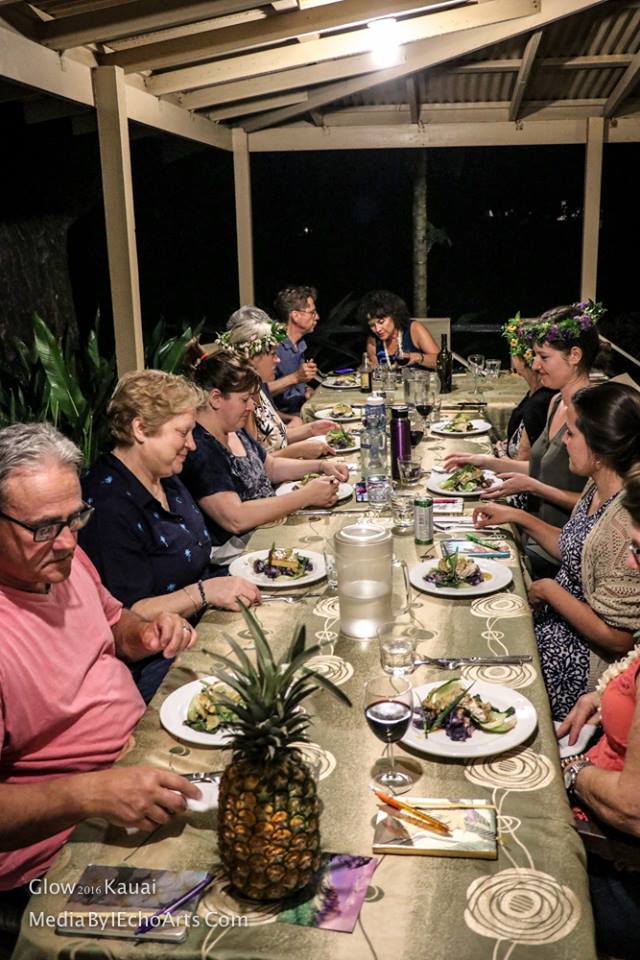