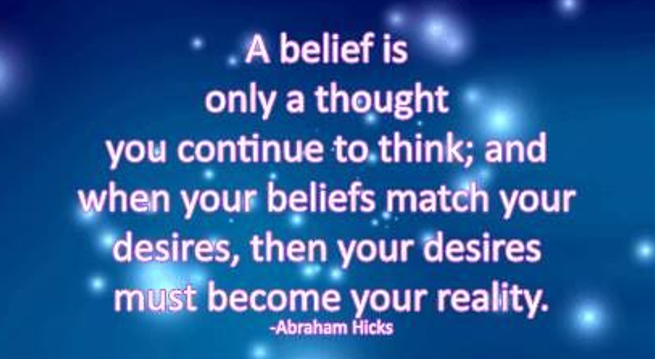 A belief is only a thought you continue to think. How do we create our beliefs?

As I did my research on this topic, I found a beautiful, clear piece I will share a bit with you and include the link at the bottom of my article.

For instance, Abraham-Hicks, defines belief simply as a thought you keep thinking:

“Where Do Beliefs Come From?

Throughout your life, you have adopted beliefs from many sources: your culture, parents, friends, television, music, books, politics, school, advertisers, as well as assumptions, misunderstandings, and personal experiences.

Once you decide that something is true and it becomes a habit of thought, whether consciously or unconsciously, it then becomes a belief.

How A Belief Can Shape Your Life

“Our beliefs control our bodies, our minds, and thus our lives…I was exhilarated by the new realization that I could change the character of my life by changing my beliefs. I was instantly energized because I realized that there was a science-based path that would take me from my job as a perennial “victim” to my new position as “co-creator” of my destiny.” – Bruce Lipton, The Biology of Belief”

As a result, our beliefs play an enormous role in shaping your life.

Your consistent thoughts (belief) create feelings, and your feelings create vibration. It is your vibrational frequency that the Universe responds to.

So if you have a belief that you are unworthy, or poor, or unattractive, your thoughts will create your reality.  And the Universe, through the law of attraction, will bring you more of the same to support your belief.

If you believe that everything works out for you and life is easy and fun, then that will be your reality. And the Universe will deliver more evidence to support those beliefs.

Remember the story The Little Engine That Could?

If You Believe, You Can Achieve

The 4 Mile Minute: Before May 6th 1954, no one had ever run a 4 minute mile. The general belief was that it was physically impossible. Experts stated that the human body was “just not capable of it.” They even went as far to insist “his lungs may explode and he would certainly die.”

This belief held true for decades, and during this time hundreds of athletes continued to fail to break through this barrier.

On May 6th 1954, Rodger Bannister ran the miracle mile in 3:59:4. By doing this, not only did he break a world record, but he broke a limiting belief in the minds of hundreds of athletes. The four minute mile was now possible.”

In other words, what clear analogies!

Can A Belief Be Changed?

“Changing a belief is surprisingly easy. You simply stop believing in it.

Although it is simple, it does require some work. Once you identify the belief you want to change, you need to shift your point of view. Create an alternative thought and continuously practice the new thought in your mind until it becomes your new belief.

“It is my sincerest hope that you will recognize that many of the beliefs propelling your life are false and self-limiting and you will be inspired to change those beliefs. Understanding on a scientific level how cells respond to your thoughts and perceptions illuminates the path to personal empowerment. The insights we gain through this new biology unleash the power of consciousness, matter, and miracles.” – Bruce Lipton, The Biology of Belief”

Finally, be patient with yourself as you are looking at your beliefs and deciding which ones serve you and which ones don’t.

Practice and being consistent with all of this, will be your friend.

I wish you patience, love and joy as you discover more about a belief being only a thought you continue to think,

PS. Here is the link I quoted much of this article from if you’d like to read more: 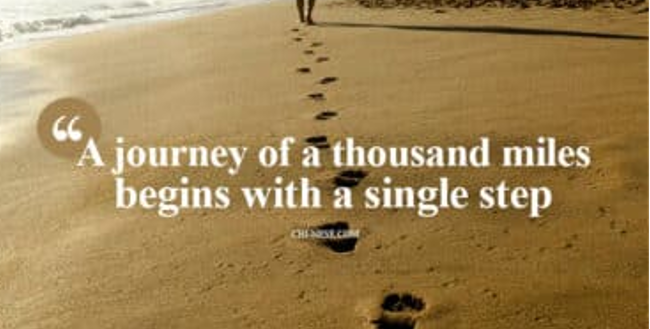